The majority of buildings in Silverton are residential. The chart above shows the drastic differences between the energy use of homes and commercial/industrial spaces. There are over 24 homes to every one business in Silverton, accounting for the disparity in usage. Most homes in the community are single-family, which are more dispersed and use more energy than apartments or condominiums per unit.

Natural gas usage follows the same trend as electric usage. Far more homes use natural gas yet annual costs per unit is much higher for industrial and commercial spaces.

How much energy a community spends on transportation energy is largely dependent on people’s morning routines. Cars remain by far the most popular transit options, particularly in dispersed urban area’s and the suburbs.

The age of homes and businesses has a direct impact on overall energy efficiency. Homes built before 1960 were not designed with energy efficiency in mind. It wasn’t until the energy crisis during the 1970’s that homes were built with close attention payed to the cost of electricity and natural gas.

Knowing the general age of homes and businesses is vital to understand and managing energy usage. Structures built before the energy crisis generally lacked energy saving features that we take for granted in modern construction. Below is a chart of the needed improvements to structures built across the decades and the corresponding cost and savings impact.

Select energy efficient installations are more cost effective than others. For example, adequate air sealing didn’t become common place until recently. Cold or hot air penetration is particularly prevalent in homes constructed before 1940, on account of the materials used. Energy efficient sealing can be in these cases with relatively low costs to homeowners.

Another issue with older homes is the lack of insulation throughout. Areas of the home like attics, basements, and even walls weren’t insulated in early 20th century homes. Insulating areas like attics and unfinished spaces can traps heat or cold air, drastically improving the energy efficiency of homes.

The map below shows the average age of homes within Silverton. Closer to the core of Silverton, along Montgomery Road, homes are generally older and more diverse with ages ranging from the late 1800’s to brand new construction. The most common age is between 1940 and 1960. 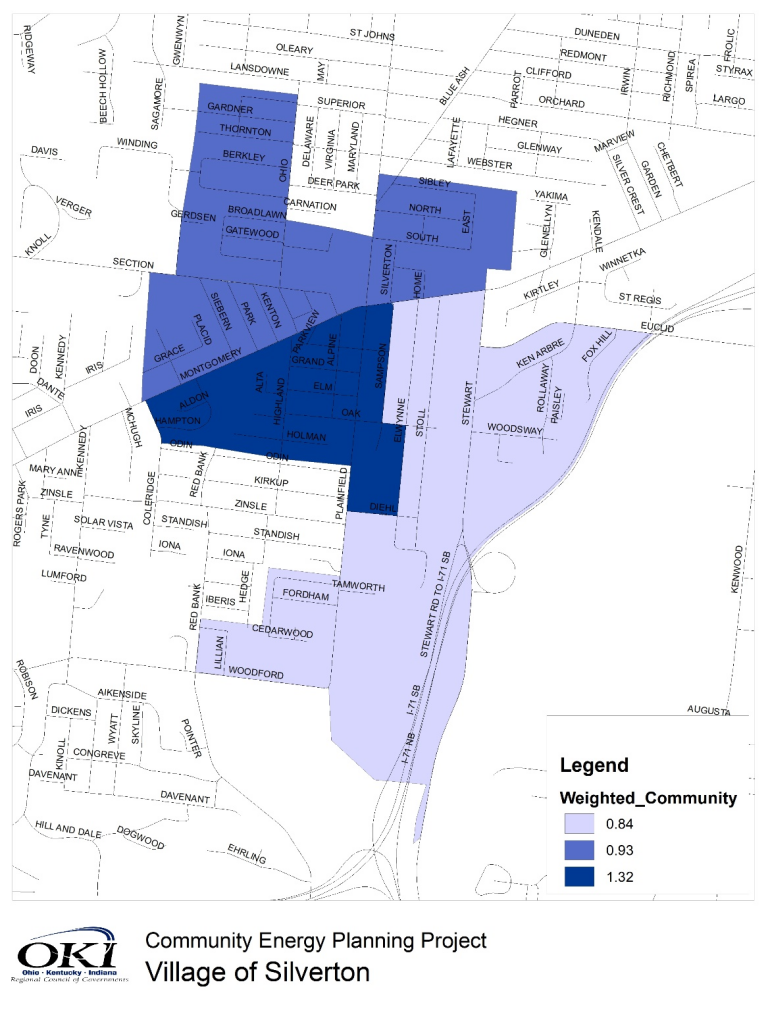