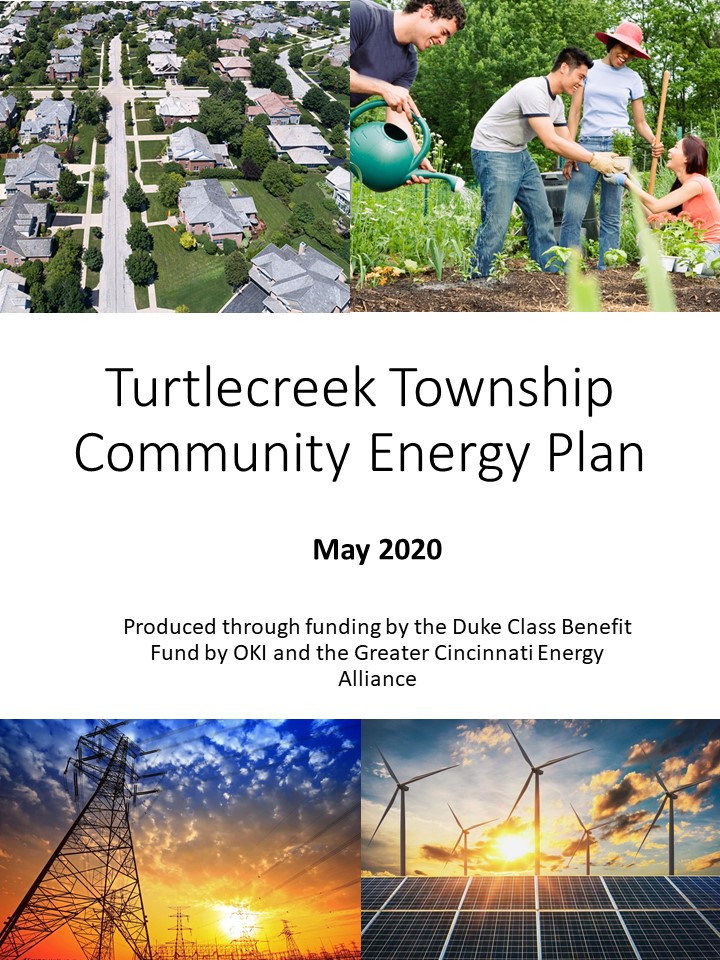 The charts below show the differences between energy usages among different land use types. Being a neighborhood with land primarily used for public utilities, over half of total electricity is used on the utility’s private property. 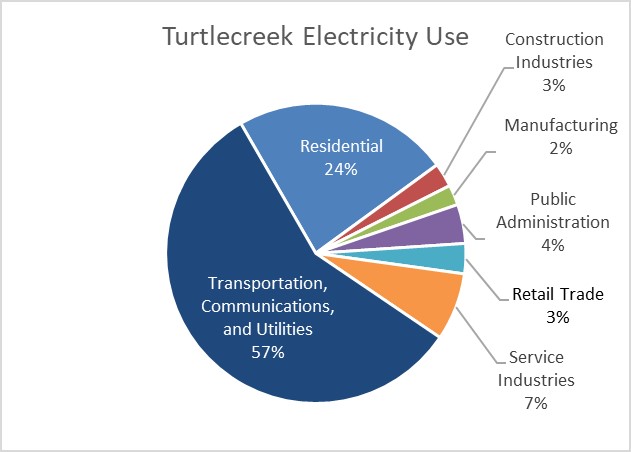 The residential sector accounted for 24 percent of electricity consumption in 2016 while the commercial and industrial (C&I) sectors accounted for 76 percent. 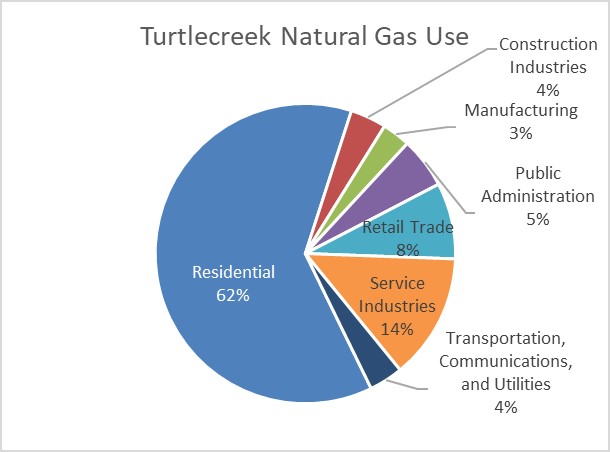 Natural gas is used for space heating, water heating, and some manufacturing processes. In 2016, the residential sector accounted for 62 percent of natural gas consumption while the C&I sectors accounted for 38 percent.

How much energy a community spends on transportation energy is largely dependent on people’s morning routines. Cars remain by far the most popular transit options, particularly in dispersed urban areas and the suburbs. 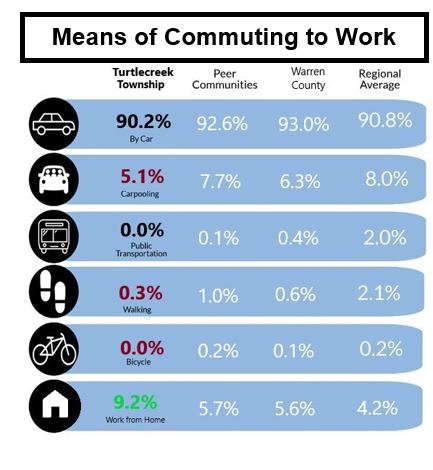 The age of homes and businesses has a direct impact on overall energy efficiency. Homes built before 1960 were not designed with energy efficiency in mind. It wasn’t until the energy crisis during the 1970s that homes were built with close attention to the cost of electricity and natural gas.

Knowing the general age of homes and businesses is vital to understanding and managing energy usage. Structures built before the energy crisis generally lacked energy saving features that are taken for granted in modern construction. Below is a chart of the needed improvements to structures built across the decades, with the corresponding cost and savings impact.

Select energy efficient installations are more cost effective than others. For example, adequate air sealing didn’t become common place, until recently. Cold or hot air penetration is prevalent in homes constructed before 1940, based on the materials used. Energy efficient sealing can be an energy efficient improvement, in these cases, with relatively low costs to homeowners.

Impervious surfaces such as roads and buildings have an impact on the average temperature of our cities. Rural areas are far cooler and temperate in the summer months, when compared to our cities, and this rise in temperature has implications on energy usage. Within communities there are “hot spots”, localized areas of higher surface temperatures, dictated by land use patterns. The hot spots are typically characterized by large areas of unbroken pavement, such as parking lots and commercial buildings.

The map, below, shows there are minimal hot spots in Turtlecreek. Monitoring and evaluating potential and new developments in the Township will be a key strategy in preserving and protecting it from elevated urban heat island occurrences. 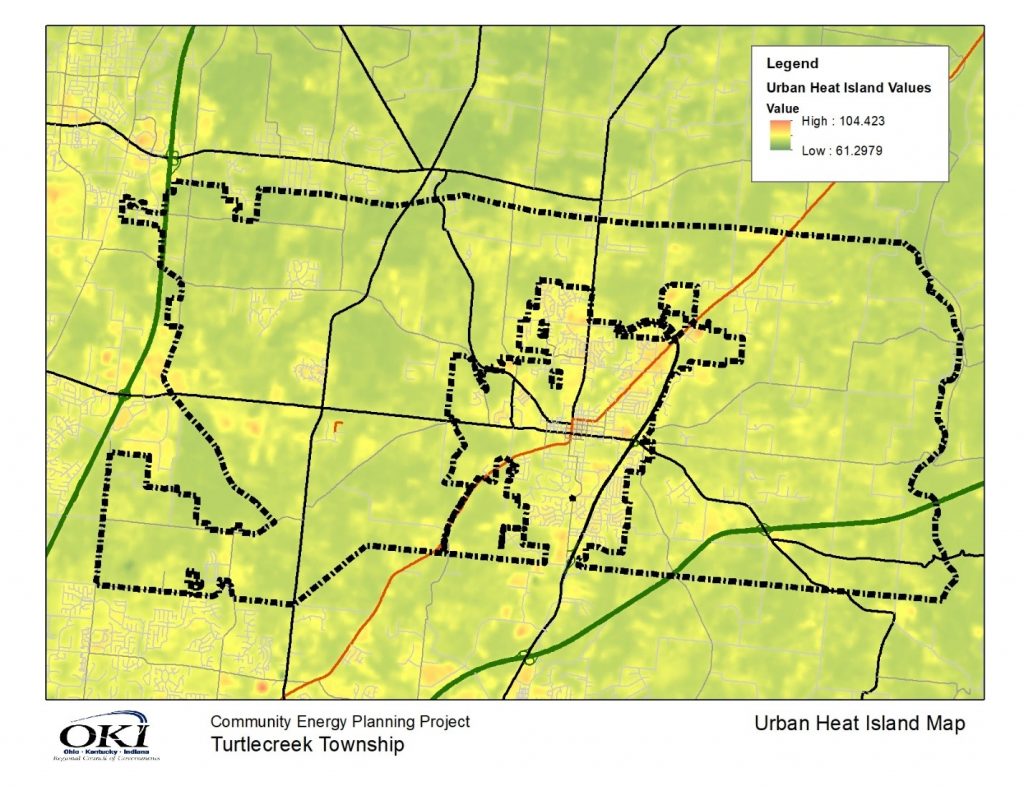 Placing vegetation in and around impervious surfaces mitigates the solar energy absorption. Shade trees, green roofs, or any form of vegetation absorbs some of the energy, preventing it from being reflected. Urban tree canopies also provide relief in the summer months, preventing solar radiation from reaching the surface. 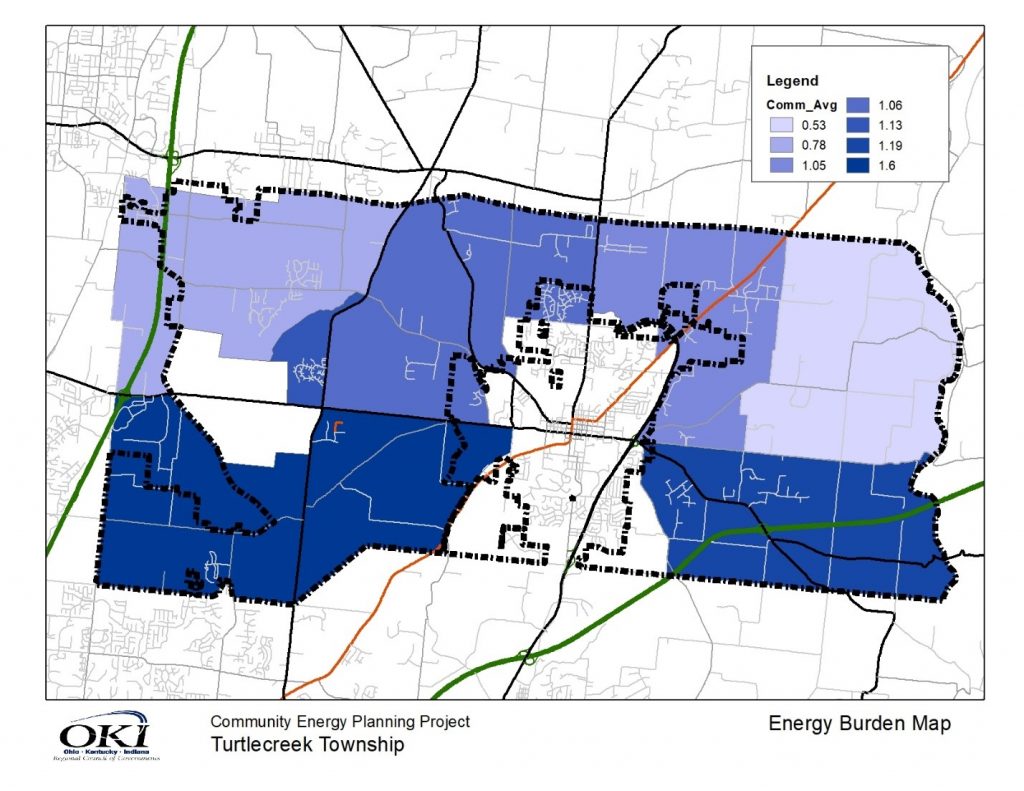