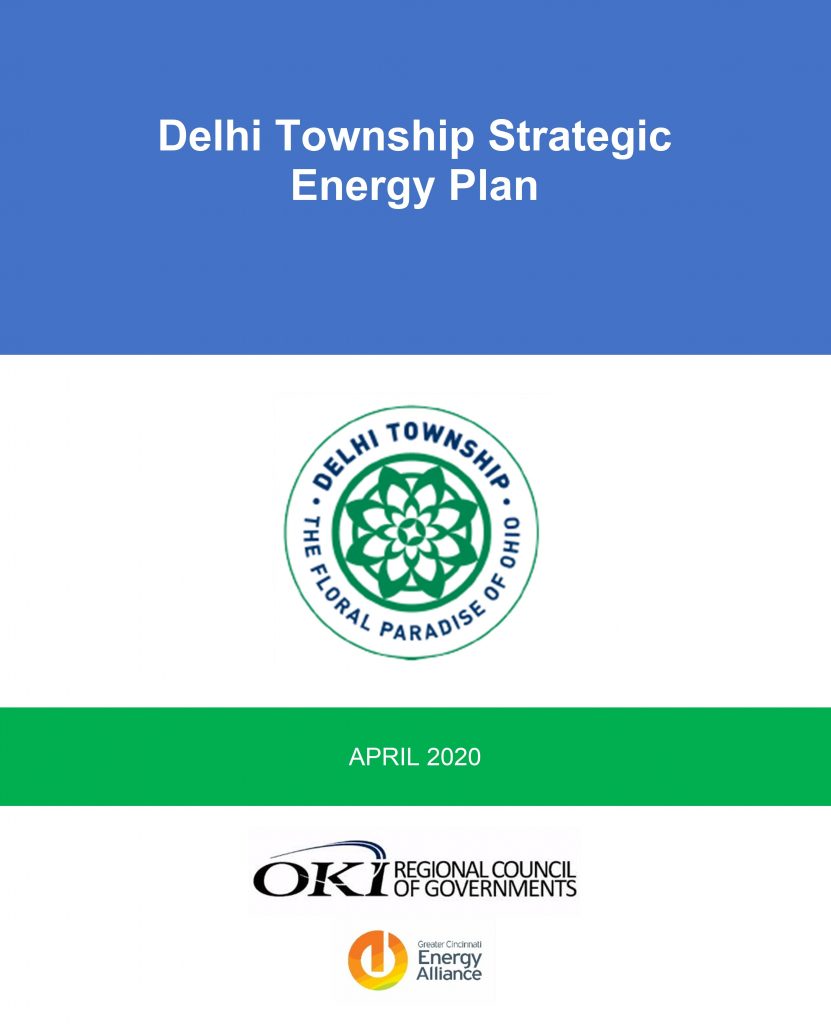 About the Delhi Township Energy Plan

In partnership with Delhi Township, Ohio-Kentucky-Indiana Council of Governments (OKI) aims to produce a Community Strategic Energy Plan to investigate the ways in which energy affects the city and build goals  that propel the city forward.

The charts below show the differences between energy usage among different land use types. Being a primarily residential neighborhood, over half of total electricity is used in the home, with the other half dispersed among various industries. 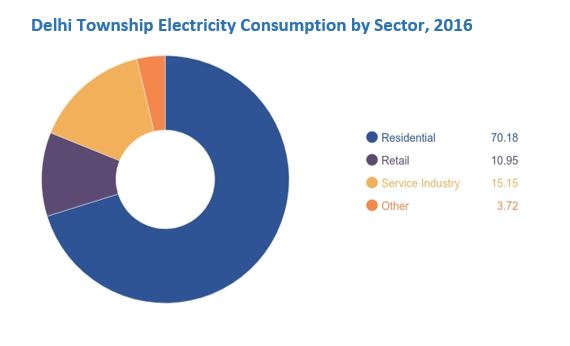 The chart above shows the differences between the energy use of residential, commercial and industrial spaces. Most homes in the community are single-family, which are more dispersed and use more energy than apartments or condominiums per unit. 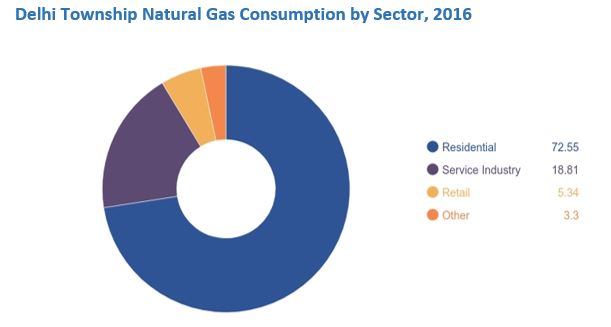 The amount of energy a community spends on transportation energy is largely dependent on people’s morning routines. Cars remain by far the most popular transit options, particularly in dispersed urban areas and the suburbs. 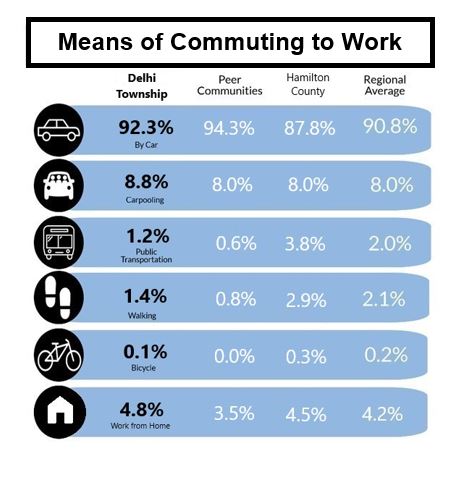 The chart above compares Delhi’s preferred transit methods against five peer communities, including Green Township, Colerain Township, Miami Township, Bridgetown (CDP), and the Village of Cleves. Bicycle, car travel and carpooling are on par with regional averages, yet, people choosing to work from home in Delhi exceeds its peer communities.

The age of homes and businesses has a direct impact on overall energy efficiency. Homes built before 1960 were not designed with energy efficiency in mind. It was not until the energy crisis during the 1970s that homes were built with close attention to the cost of electricity and natural gas.

Knowing the general age of homes and businesses is vital to understanding and managing energy usage. Structures built before the energy crisis generally lacked energy saving features that are taken for granted in modern construction. Below is a chart of the needed improvements to structures built across the decades, with corresponding cost and savings impact.

Select energy efficient installations are more cost effective than others. For example, adequate air sealing didn’t become common place until recently. Cold or hot air penetration is prevalent in homes constructed before 1940, based on the materials used. Energy efficient sealing can be energy efficient, in these cases, with relatively low costs to homeowners.

Most of the housing stock in Delhi Township was built between 1950 and 1980. Within this timeframe, houses underwent significant changes in construction and energy efficiency. The map below shows when different areas of the township developed. 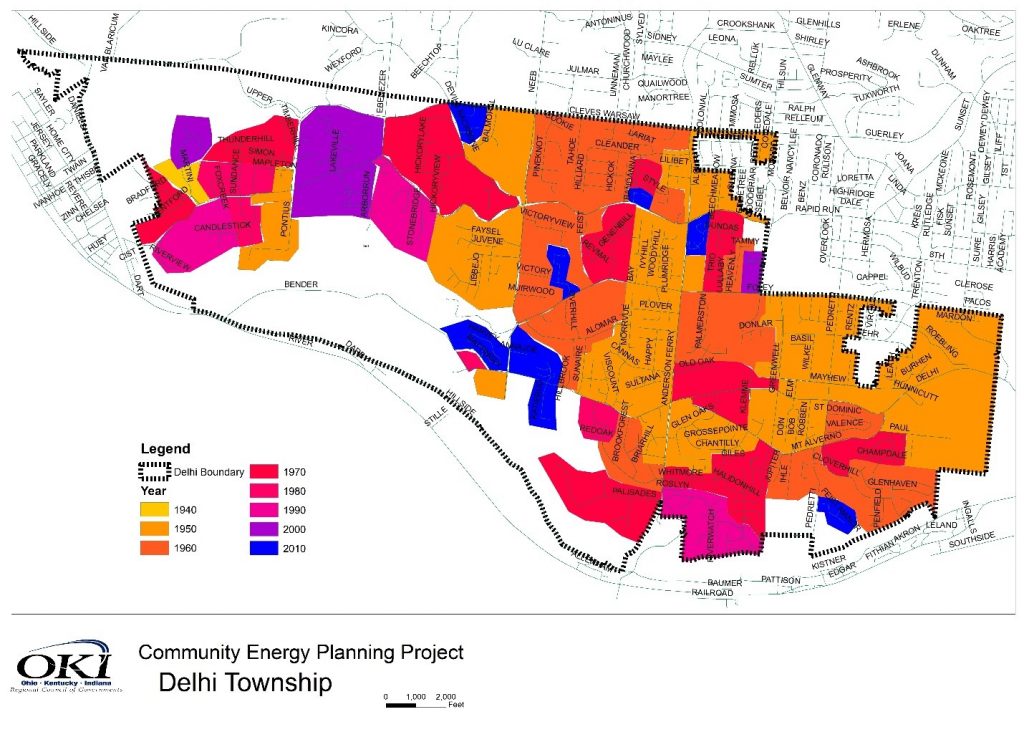 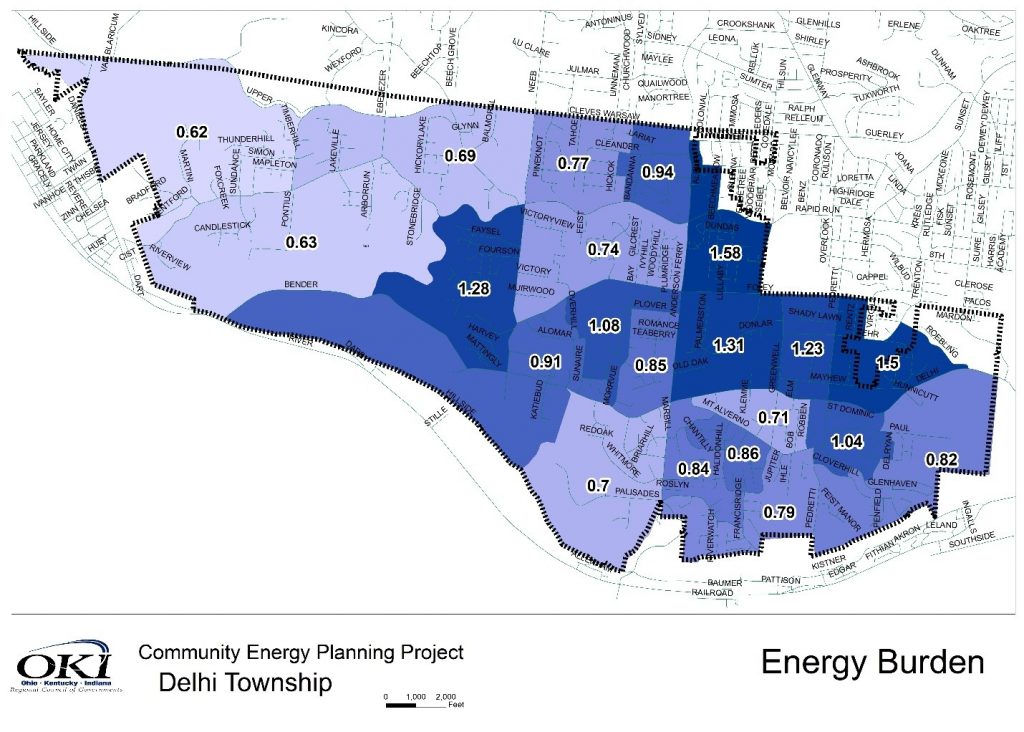 Building age and transportation have an influence on the degree of energy burden a particular census tract experiences. The weight of a localized energy burden also depends on the income level of the residents. Homes in lower income residential areas tend to be older and less energy efficient, compounding the impact on renters and homeowners.