The charts below show the differences in energy use among the various land use types in Middletown. The manufacturing and commercial sectors dominate electricity usage in Middletown, with 78% of all energy used, due to their energy intensive nature. Residential only accounts for 22% of electricity use. 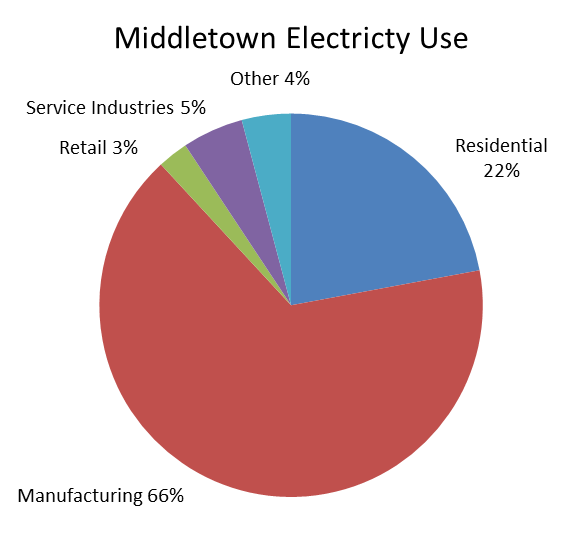 Natural gas is used for space heating, water heating, and some manufacturing processes. Similarly to electricity use, the manufacturing and commercial sectors account for 67% of natural gas usage in Middletown. 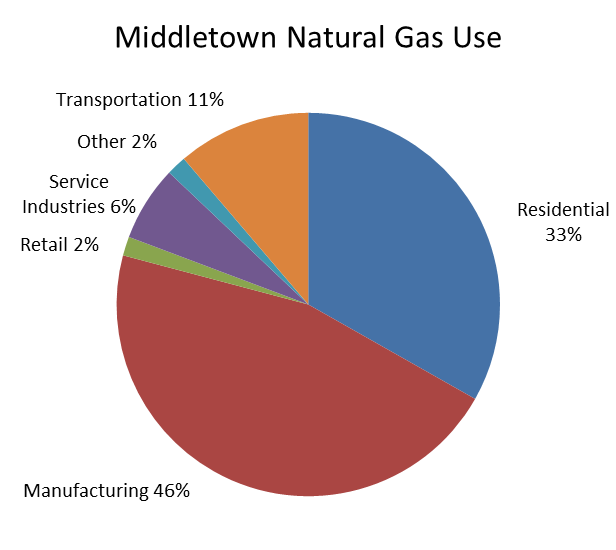 Select energy efficient installations are more cost effective than others. For instance, adequate air sealing didn’t become common place until recently. Cold or hot air penetration is particularly prevalent in homes constructed before 1940, on account of the materials used. Energy efficient sealing can be installed in these cases with relatively low cost to homeowners.

The map below shows the average age of homes in Middletown. There is a wide range of building ages in Middletown, spanning from the late 19th century to brand new construction. 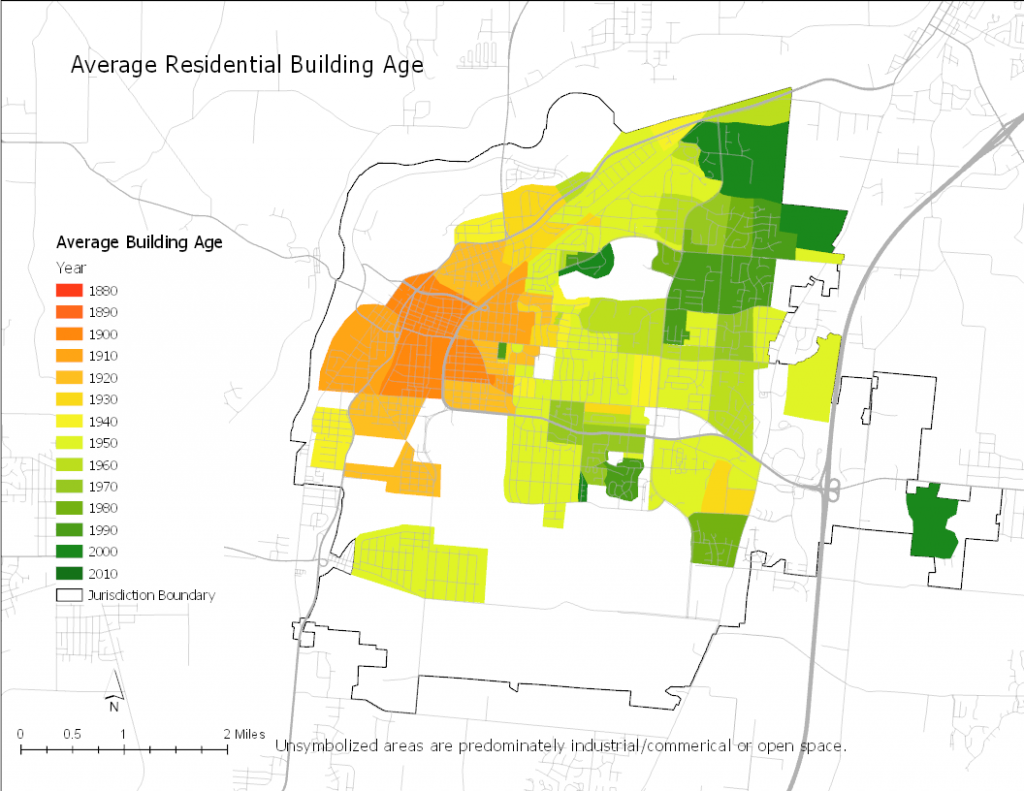 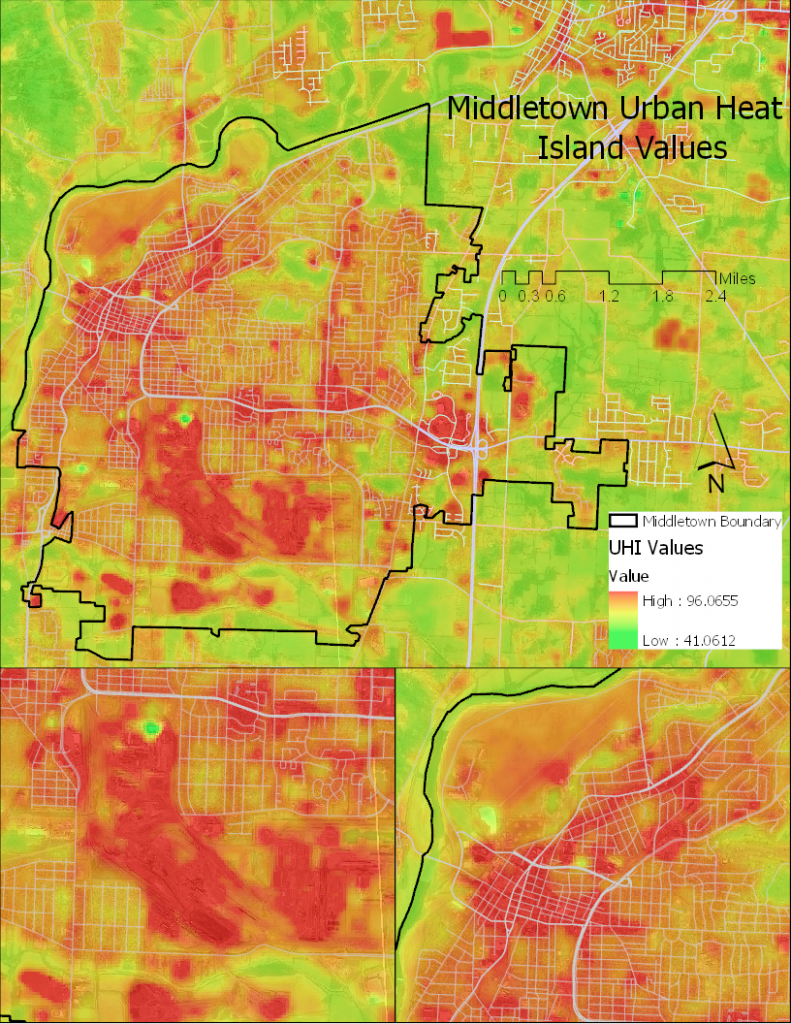 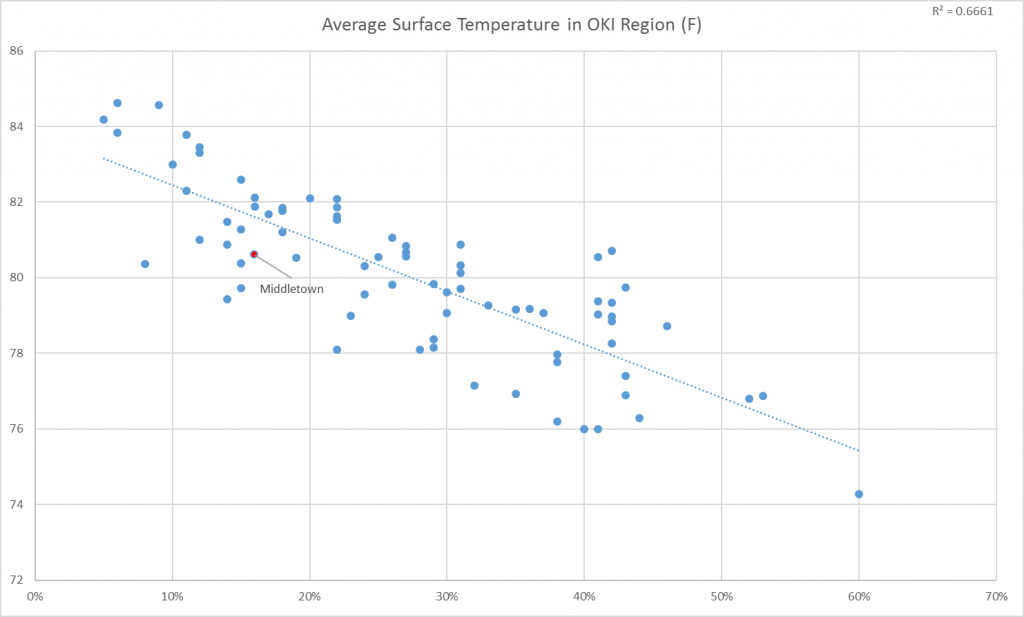 A communities energy burden is a calculation of a household’s income compared with the amount they spend on energy annually. The higher the percentage, the higher the families energy burden is. In the case of the map below, the data is averaged then divided by census blocks, it represents the combined totals of electricity and natural gas.

Heat islands, building age, and land use all have an impact on the degree of energy burden each census tract experiences. Energy burden depends heavily on the income level of the residents. Homes in lower-income residential areas tend to be older and less energy efficient, compounding the impact on renters and homeowners. 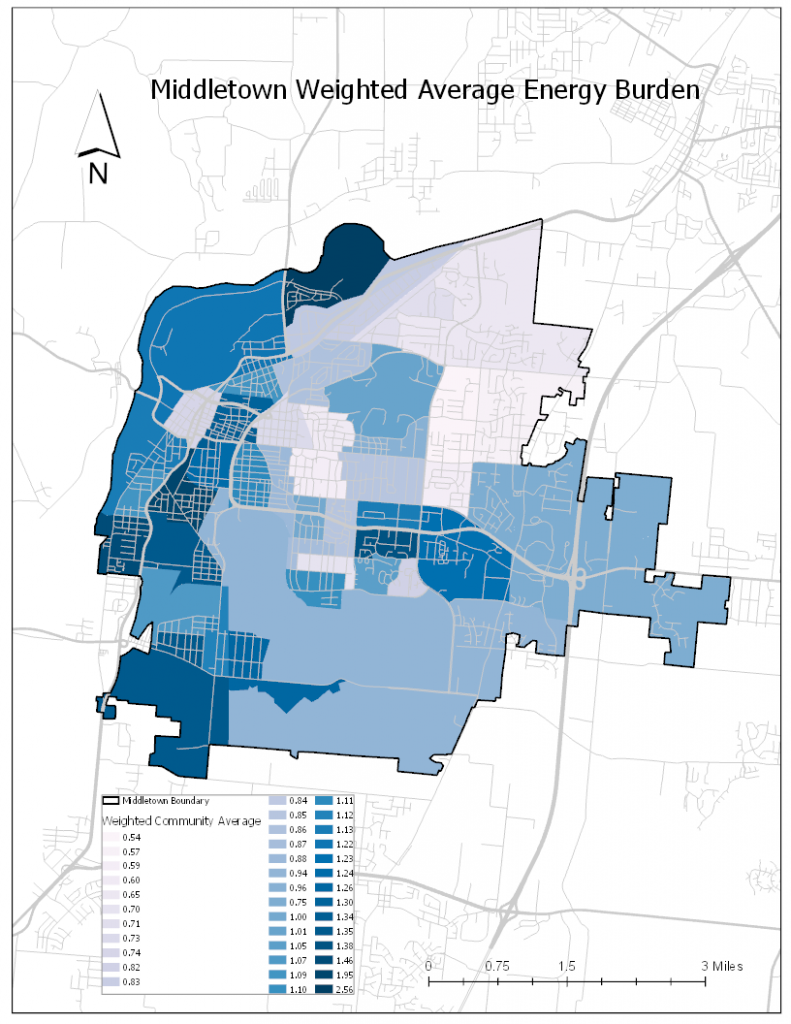 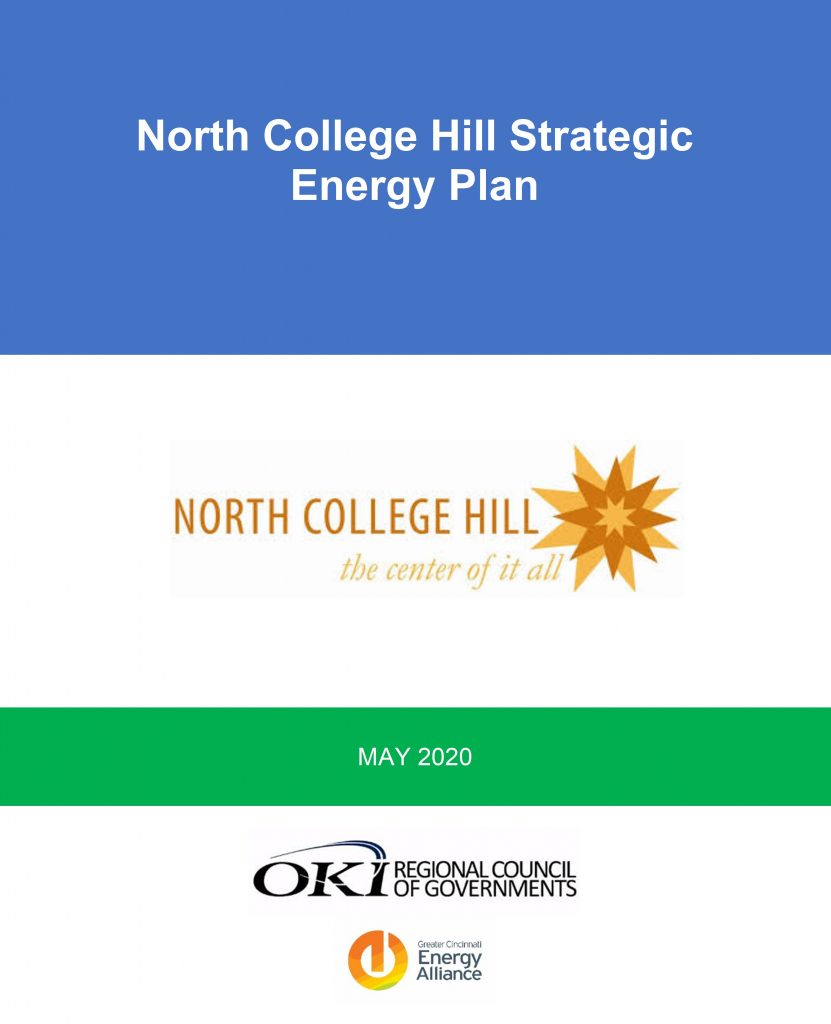